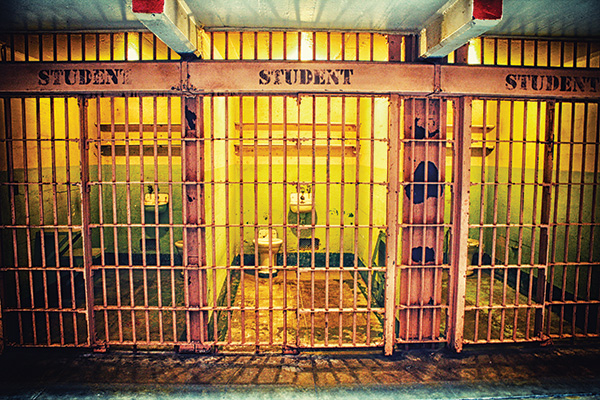 From 1 April 2014, Inland Revenue will be able to request an arrest warrant for borrowers who knowingly defaulted on their overseas-based repayment obligation and are about to leave New Zealand. This follows on from four years of extensive restrictions being imposed on the student loans and allowances system, with the latest changes making it a criminal offence to fall behind on student loan repayments.

As per the student loan contract signed upon applying for a student loan, borrowers have an obligation to pay back their loan, whether or not they remain in New Zealand. Government has introduced several initiatives through the Overseas Based Borrowers (OBB) Compliance Initiative, such as an information sharing agreement between Inland Revenue and Internal Affairs. This means borrowers who are in serious default can be identified when they enter New Zealand through information matching with New Zealand Customs. The warrants are part of a series of moves by Government to increase repayments but have been met with much objection.

Revenue Minister Todd McClay says arrest warrants are a last resort, but people must expect to repay their loans. “I want to emphasise that the arrest at the border provision is very much a measure of last resort; it will only be used for those who, despite having the ability to pay, consistently and deliberately refuse to do so.”

The New Zealand Union of Students’ Associations (NZUSA) believes Government is going about encouraging repayments the wrong way. “NZUSA believes that any student who borrows has an obligation to pay back their loan. But the chorus of opposition to this Bill shows that more logic and common sense is needed to encourage repayment,” said Daniel Haines, NZUSA President. He says that submissions, including those from NZUSA, made suggestions that would address repayment rates, “but the submissions were ignored in favour of a gimmicky ‘criminalise and arrest at the border’ proposal that was opposed by the Police and Parliament’s own regulatory oversight committee.” He explains that 40 per cent of those overseas have access to a non-New Zealand passport, “making the Government’s ability to penalise those students toothless.” In their submission, New Zealand Police have made it clear they do not want to use Police resources in this way and would prefer not to be Inland Revenue’s debt collectors.

In a media release posted on the National Party website, Ministers Steven Joyce and Todd McClay claimed that their initiatives with overseas-based borrowers had brought in $100 million in repayments. NZUSA said in a media release that it is “not clear if these are additional to what would have occurred anyway. No mention was made of the $550 million in default or the three billion dollars owed by ex-students currently living overseas.”

Haines disagrees, "the fact is that although student loan repayments are increasing, due mostly to domestic graduates having their repayment obligations increased, this Government continues to make cuts to student support.” He says that instead of supporting current students, the Government has made at least 25 changes that have made it harder to be a student over the past five years.

In 2010, several major changes were made: the student loan establishment fee increased, an annual IRD admin fee was introduced (a cost for having a loan that undermines the interest free scheme), a two-year stand-down period was introduced for Australians and permanent residents, loan eligibility was removed for those who didn’t pass half of their papers the previous year, and a seven EFTS life-time limit was introduced to the borrowing entitlement.

In 2012, post-graduate students’ entitlement to allowances was removed and exceptions to the 200-week limit on allowances were removed for long courses such as medicine. The parental income limit was frozen, so there are no longer adjustments with inflation, making fewer students eligible. This freeze on the income limit has remained in place since 2012. The repayment rate was also increased from 10 per cent to 12 per cent and the repayment threshold was frozen. A matching agreement was first introduced between Customs and Inland Revenue to restrict the movement from New Zealand of some student loan borrowers.

In 2014, there has been an increase in repayment rates for overseas-based borrowers. There is now a refusal to investigate payments on the basis of income and it continues to be based only on the size of the loan. It is now a criminal offence for ex-students to be behind on their student loan repayments and there has been an introduction of an “arrest at the border” capability at airports. Student loan debtors are also no longer eligible for a New Zealand passport. The parental income limit continues to be frozen with no adjustments with inflation, making fewer students eligible.

The EFTS limits introduced in 2010 are a major barrier for postgraduate medical students, according to Alex Hedley, EFTS Officer of the New Zealand Medical Students’ Association. He said “the minimum time period to complete an undergraduate degree then to complete medical studies is eight years, so we have people who will not be able to pay for their final year.” Additionally, for students who have completed an honours year, they will have to find alternative ways of funding their fifth and sixth years, “which amounts to about $40,000.” Fees are $14,000 a year with at least $6,000 a year in living costs on top of that. The first students to be affected will be postgraduate students who are in the 2017 graduating class.

Correspondence from Tertiary Education Minister Steven Joyce offers some options to students, “none of which solve the problem,” said Hedley. The first option offered was the Medical Trainee Intern Grant, which amounts to around $26,000 a year. Payments are made monthly over the whole year but the issue is that fees need to be paid up front.

The other options included applying for a bank loan but Hedley says students are “laughed out the door” when they have asked banks for a $20,000 loan. Joyce suggested asking family and friends for money, which is “a slap in the face” and “heavily limits people from lower socioeconomic backgrounds.” Hedley says that few 25-year-olds would be happy going back to their parents asking for that amount of money. Joyce also suggested that students have three or four years to prepare for their final year but “as students we have trouble making ends meet already.” Hedley explains that the money students save over summer is barely enough to cover the upcoming academic year, let alone save for future years’ study.

Joyce referred to the fact that students may gain direct entry into medicine if students perform well in their first year of study. “High achieving students will not be affected by the seven EFTS cap.” Hedley’s response is that over 25 per cent of medical students enter the course via postgraduate entry and Joyce is suggesting these people are less deserving of a loan.

Joyce discussed further financial assistance provided upon concluding medical school, however none of the assistance addresses the fact that fees must be paid up front. Hedley approached Labour, Greens, NZ First and the Maori Party who all acknowledge that it is a major issue. David Cunliffe, leader of the Labour Party, told Hedley he would “return the loans system to pre-2010.” The Maori Party say they want an exemption for courses producing professionals that the Government say they desperately need.

Haines says, “The recent efforts from this Government are misguided, ill-informed and, as a consequence, are failing.” He believes the most recent policy will make students too scared to return to New Zealand after already discouraging students to study with the changes over the last few years. “The system encourages this culture of fear where they're afraid to return to New Zealand and we lose both the economic investment that was made in them and the cultural diversity that they were exposed to by living overseas.”

Otago University Medical Students' Association will be presenting a political forum at the Colquhoun lecture theatre on Thursday 1 May at 7pm. Discussion, involving representatives from the major political parties, will primarily focus on the EFTS issue as well as the future of healthcare jobs in NZ.

The New Zealand Union of Students’ Associations exists to advance the political, social and economic interests of tertiary students whatever they study and wherever they live. NZUSA is a membership body of local students' associatons. We believe in opportunity for all.